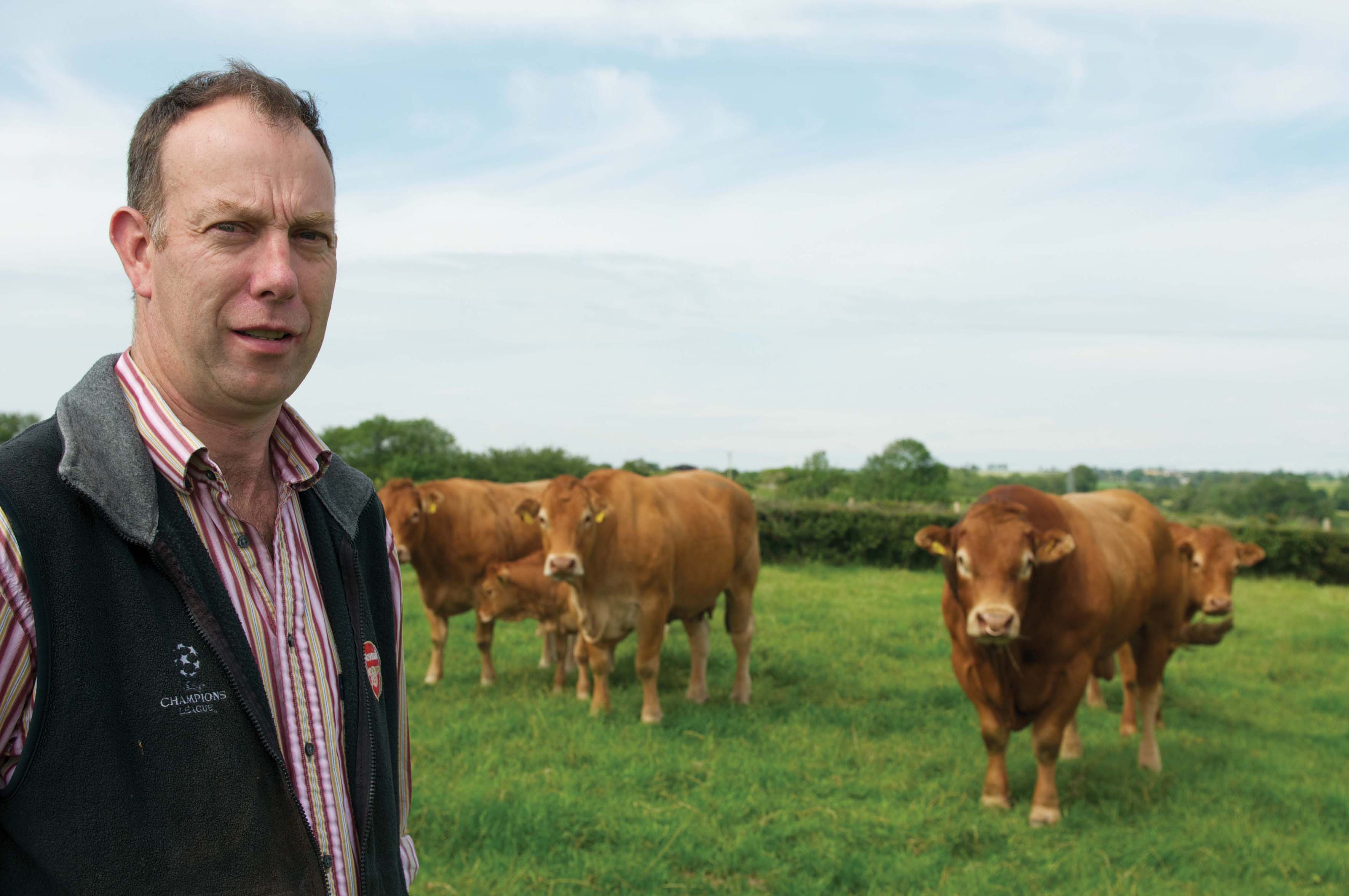 As a result, for several months the farm, near Tandragee in Northern Ireland, carried no stock.

But the cousins were determined to carry on  and started again with a completely new herd in late 2007, buying the Tithewer herd from Southern Ireland to get them going.

In 2009 one of their bulls won the Balmoral Show and they sold his first three sons this year, two of which won supreme champion at the club sale in Northern Ireland and one that then won a NI record of 8,000 gns in the subsequent sale!

Alistair also sold two bulls at a sale in Carlisle in February, with one making 10,000 gns and the other making 17,000 gns!

The herd calves mostly in the autumn and all the top female calves are retained for breeding, with all the best bull calves being sold for breeding stock at around 16-18 months old.

And all the animals have to earn their keep. “We don’t have time for passengers,” Alistair explained. “All the cows have to rear their own calves without intervention. We could carry more stock but we prefer to keep fewer, better cattle and our focus is on breeding and growing the very best.”

Altogether the cousins farm 210 acres that are  all down to grass. All cattle graze in summer and  the cows get fed grass silage in the winter with no additional feed supplementation. Around 30 cows are out wintered, with the remainder being housed from November until February.

Calves are creep fed from around 3 months of age and are split into groups when the calves are six weeks old so that the supplementary feeding can be targeted by sex.

When female calves are weaned they are fed meal once a day, starting at 2kg/head and building up from there. Male calves are fed 4kg/head (split into 2 feeds a day) and are built up from that point. And all the feed contains Actisaf farm pack.

“We asked our feed adviser what we could add to the ration to prevent gut problems as we have suffered a bit with this in the past,” Alistair explained. “We feed a high quality ration, comprising early grass silage, wheat and a blend, and we have a high feed rate to get the growth we require.”

It was recommended that they try Actisaf farm pack top-dressed at feeding and Alistair and Paul have been really pleased with the results.

“Our cattle seem content and have a good appetite. We don’t have any trouble with digestive disorders,” said Alistair. “We had tried other products in the past but found that they weren’t very palatable so they had a negative impact on intakes. The Actisaf farm pack seems to be really palatable and the cattle eat it right away.”