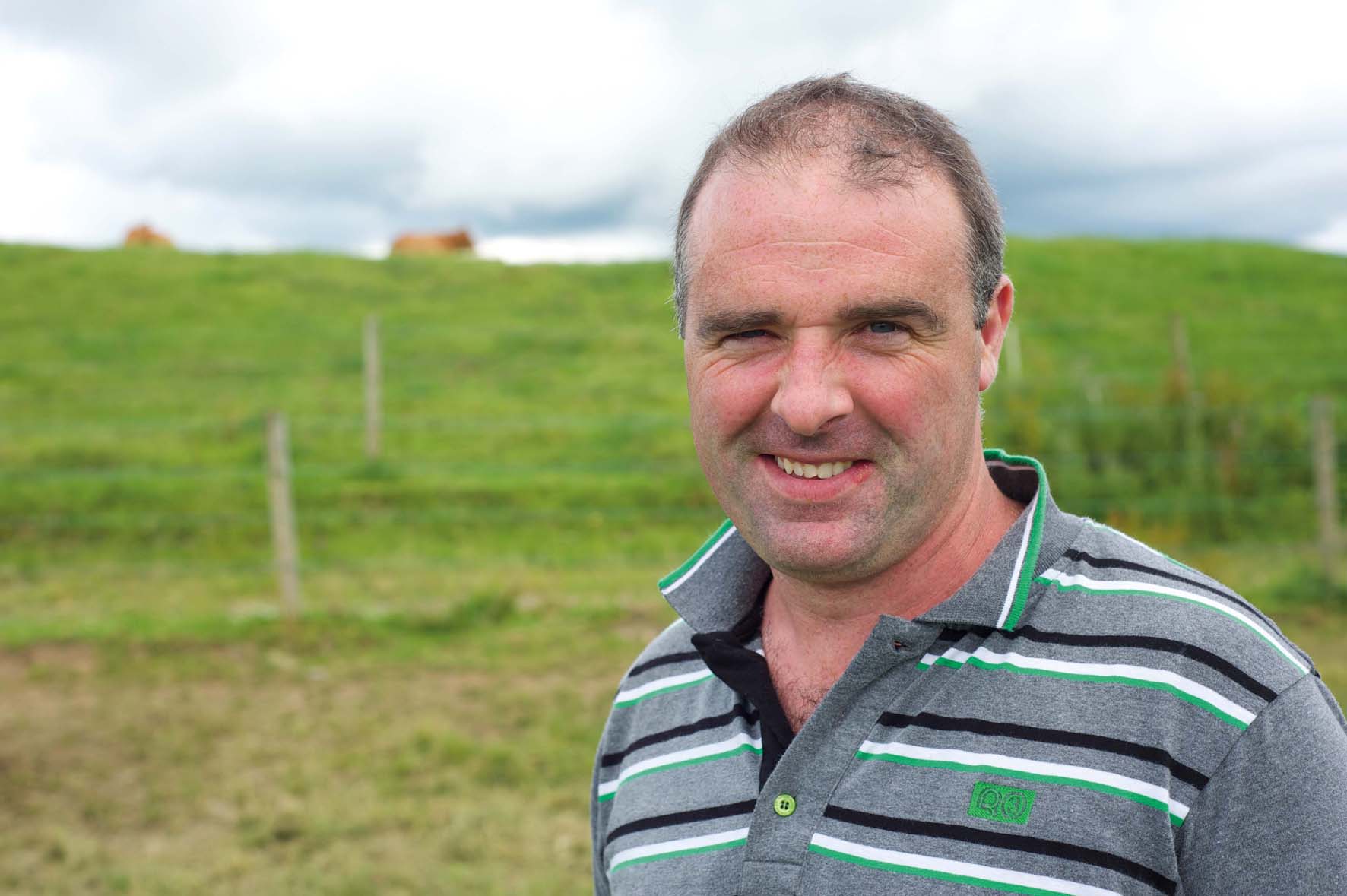 Christopher Murray runs the Annadale herd of pedigree Limousin cattle and all of his heifers and bulls are sold for breeding, with farmers increasingly recognising  the value of his stock in helping them maximise returns in a volatile beef market. The herd has achieved success in the show ring, winning Heifer Champion at the recent Ballymena show as well as Reserve Overall Male, Intermediate Male Champion and Junior Male Champion  at a show in November 2013.

Christopher aims to sell his stock at around 16-20 months of age and so they are  fed a high performance ration to ensure that daily liveweight gains are optimised. Typically, cattle are fed creep as weanlings, in addition to grazed grass and milk from their mothers, and then transfer to a diet comprising straw and meal once weaned.

“Historically we used to feed around 8kg of meal morning and night and, whilst  this gave us good growth rates, we did sometimes struggle with getting the cattle to eat it all and with the associated rumen upsets,” Christopher explained. “We were recommended to try Actisaf live yeast and we add this to the meal on farm using a farm pack, starting in the creep feed and carrying on until the animals are sold.

"It has made a huge difference – we see  no digestive issues at all now, dungs are consistent, and intakes of both meal and straw have increased. In fact, we’ve been able to reduce total feed by 4kg/day for each animal and have also improved cattle growth rates, so feed conversion rate has improved considerably. The cattle look more contented - it is certainly doing the job for us and we are very happy.”

And it is not only Christopher’s herd that is benefitting from using Actisaf. His brother, Donal, runs the neighbouring farm and has his own herd of Pedigree Limousins, the Titchburn herd. Last year two of his bulls sold for £10,000 and £11,000 respectively at Carlisle, and he regularly achieves heifer prices of around £5,000. He also achieved Reserve All Ireland Champion with one of his heifers in 2011, as well as a number of first place scores at the Balmoral Show.

“I need the best performance I can get from my cattle,” Donal explains, “and that means I have to feed them to get results. Using Actisaf helps me to optimise feed intake and daily liveweight gain and prevents the bulls from gassing up. I wouldn’t be without it.”