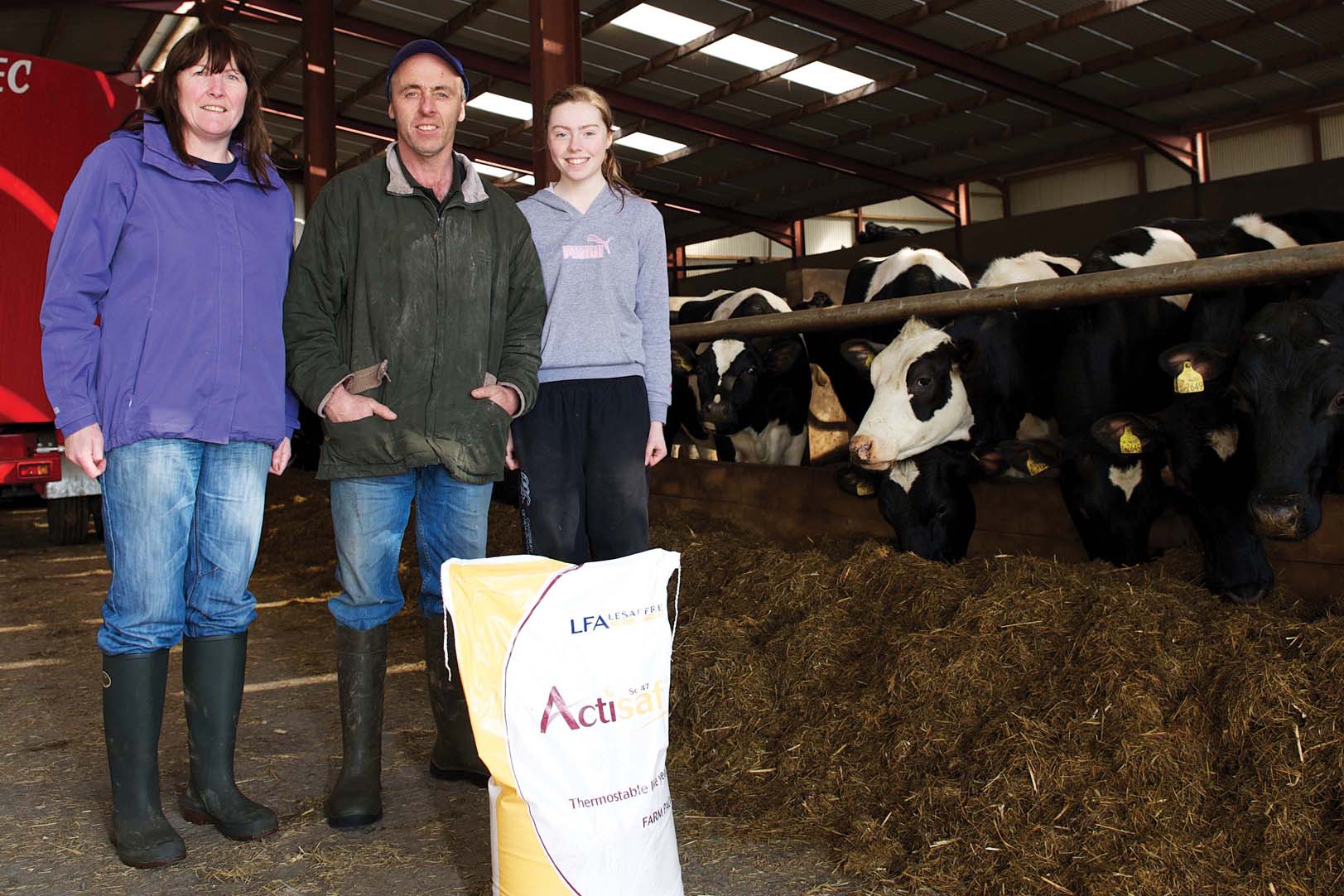 Denis, who rears around 200 heifers a year with his wife Jackie at Quarry House Farm near Cullyhanna, Armagh, was seeing lots of problems with cud balls and didn’t feel that his heifers were reaching their potential.

“Our heifers didn’t seem to be at their best last year,” he explained. “We saw quite a lot of cud balls at the front of the cubicles, which suggested some kind of digestive upset, and fertility wasn’t as good as we would like.”

In response to this Denis started to include Actisaf Farm Pack as part of his mixed ration and the results have been impressive. “The Actisaf yeast has transformed the animals,” Denis said. “It has been amazing to see the change in them.”

Calves are brought on to the farm at between 3 and 6 months old and are reared until after calving at around 26-27 months. Most of the heifers are pedigree animals and are bought in batches from all over the UK. They are reared in cubicle housing during the winter and graze during the summer, and are bulled to pedigree dairy bulls. Actisaf is fed from 6 months of age until after calving, and is added to home grown grass silage and heifer minerals, fed through a mixer wagon. Heifers are fed 1kg of meal per head a day and yet achieve good growth rates from their forage and yeast diet.

“We deliberately calve at around 26 months as we like to have a larger, stronger animal to sell, but the heifers are showing strong signs of bulling from a young age so we could calve them earlier if we wanted to.”

Something that is really important to Denis is that the stock that he sells ‘hit the ground running’ and go on to make great cows. And he is confident that Actisaf helps with this, as the heifers are in good digestive health when they calve down.

Word is spreading about the quality of his heifers, too, and he is seeing interest from buyers coming from all over the UK.

“Overall, I am delighted with Actisaf. The change in our animals has been amazing and I now know that the heifers are making the best use of the feed that I put in front of them,” he explained. “Using Actisaf gives the heifers a great start and that can only be good for them further down the line when they are milking for someone.”