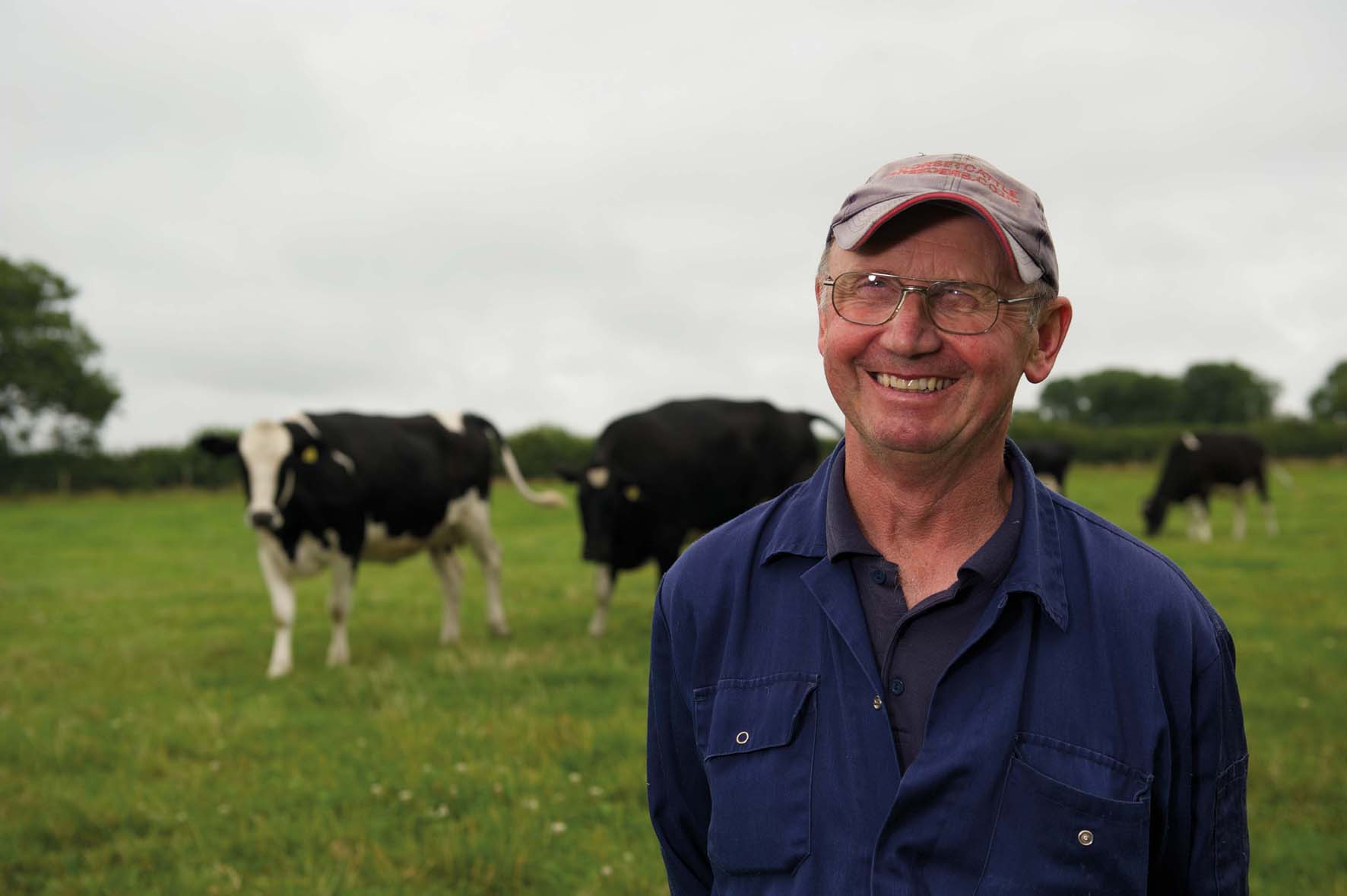 Griff Owen farms the 137-acre Milton Farm near Milford Haven in South West Wales, where he milks around 100 pedigree Holstein cows on a simple system that focuses on maximising milk from forage.

Cows, which calve in two blocks from August to October and then from January to March, are grazed from early March until late November on a paddock grazing system and silage is made with a forage wagon. During the winter months, cows are housed and fed grass silage cut with a shear grab and put into troughs with 2kg/head of a blend spread over the top, which is supplemented by parlour cake fed to yield.

Silage is typically cut early and, with the last cut analysing at 11.7 ME; 35 per cent dry matter; 13.6 per cent protein and with a D-value of 73, it really is rocket fuel.

“About two years ago the vet was here  doing some routine PDs and commented  on the cows’ noisy guts,” explained Griff. “She suggested that we might have a bit of digestive upset, possibly caused by sub acute rumen acidosis.”

Griff spoke to his feed adviser, Eirian  Edwards from GT&E Feeds in Llandovery, who recommended that he replaced the fodder beet he used to feed with a blend that contained Actisaf live yeast, to help buffer the ration and improve rumen performance, as well as adding Actisaf to the parlour cake.

“Since we started using the Actisaf we’ve seen a number of improvements,” said Griff. “Fertility has improved, with our calving interval dropping from 411 days to 387 days, and milk yield has increased by more than a thousand litres/cow. What’s more, milk proteins have increased - something that is important as we are on a constituent milk contract with First Milk, supplying the local Haverfordwest creamery.”

“Actisaf has definitely made a difference,” Griff concluded. “Cows are now able to make best use of our high quality forage, rumen function has improved and herd performance has increased. Actisaf only costs me £8/cow/ year at our feeding rates and the benefits have been considerable – we haven’t looked back."