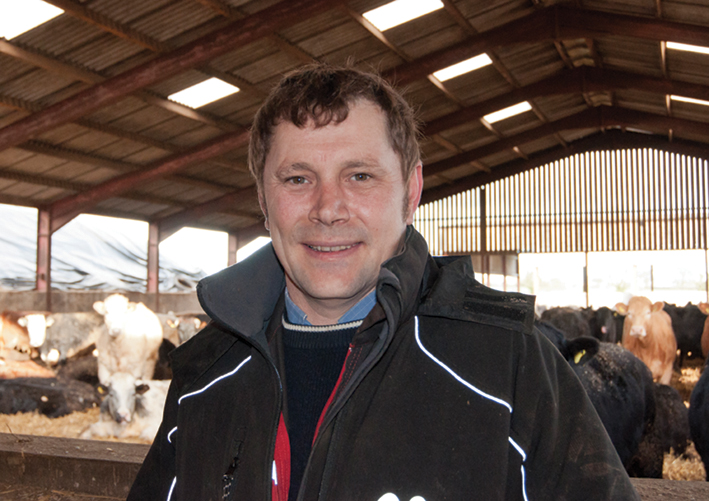 His impressive beef-finishing unit sends up to 100 cattle a week to slaughter, and Phil achieves a kill out rate averaging 55%, with dead weights averaging between 330kg and 350kg.

Phil aims to finish all cattle in three-months, and targets a 1.6kg daily live weight gain. Cattle are put straight on to a finishing diet as soon as they arrive on the farm, which consists of maize gluten; maize silage; potato and bread waste products; Loch Lomond Gold, which is a wheat starch syrup from the distillery process; vitamins and minerals and Actisaf Sc47 live yeast.

“We have been working on the diet for a couple of years,” Phil explained.  “We try to make sure it is as balanced as possible, which can be harder when using waste products as they can be quite variable. We decided to try adding Actisaf yeast to the ration in February 2014, after hearing about it from another farmer who had seen very good results after including it in the diet.”

Actisaf Sc47 helps manage rumen function, which is important in a variable diet such as the one Phil is feeding. Actisaf promotes rumen stability, which is especially important when feeding rapidly fermentable sources of starch, such as bread and potatoes. Phil buys his Actisaf farm pack from Phil Rowson, his local HJ Lea Oakes feed representative, and it is included in the diet at a rate of 50g per head per day and is fed to all the cattle on the farm.

“The Actisaf certainly helps,” Phil says. “Dung is consistent, the cattle cud well, and we don’t have any issues when we have to change the ration, which happened over Christmas when our usual raw materials weren’t available. Despite this ration change we found that the animals continued to perform well.”

Another benefit of Actisaf is that Phil has no issues with cattle transitioning to the finishing ration when they arrive at the farm. This is sometimes an issue, especially for beasts previously fed on an all forage ration.  Actisaf helps keep the rumen functioning well and avoids the potential rumen upset and acidosis that can be associated with a diet change like this.

“The Actisaf is a good supplement to the ration,”concluded Phil.  “We’re pleased with the results we are getting and the general performance of the livestock.”