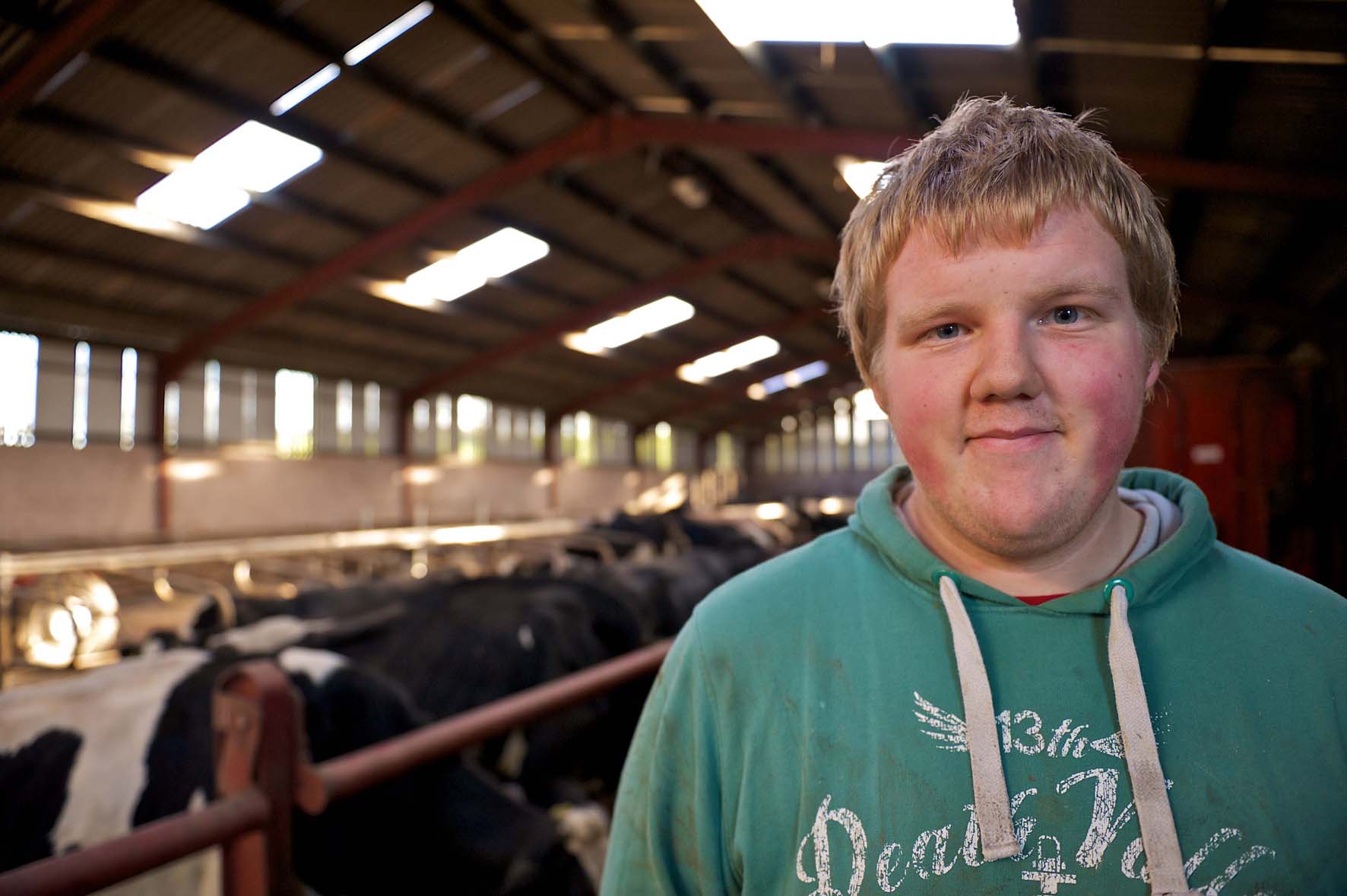 The father and son team, who farm near Killylea in County Armagh, were finding that they were getting a lot of displaced abomasums (DAs) in their fresh cows a few weeks after calving.

The 70 strong Naul herd of pedigree Holstein Friesians were being fed a partial TMR consisting of grass silage, maize and blend, topped up with concentrates through the parlour.

“We were struggling!” explained Peter (pictured). “As well as the problems with twisted stomachs we were also suffering with fertility problems, which suggested an underlying issue. I did some research and realised that the type of DA we were seeing can be caused by rumen acidosis.”

And it was this information, combined with a visit to the Royal Ulster Winter Fair last December, that led Peter to try feeding Actisaf Farm Pack to his herd.

“I happened to speak to Phileo  at the Winter Fair and got talking about the issues we were seeing. They suggested trying Actisaf Farm Pack, so we thought we’d give it a go.”

Actisaf farm pack contains Actisaf live  yeast as well as a specific inactivated yeast that has the ability to bind mycotoxins. This is mixed with a limestone carrier to make on-farm mixing easier, and is fed at a rate of 50g/cow/day through the mixer wagon.

“We just stopped getting DAs and the cows seemed more content. We used to see a lot of cud balls along the front of our cubicles and they have disappeared as well,” he explained.

The herd, which is currently averaging 6,000 litres at 4.0% butterfat and 3.3% protein, is now set for expansion – both in terms of numbers and yield.

Having invested in a new shed two years ago with cantilever cubicle divisions and mattresses, Walter and Peter now have sufficient space for 100 cows and plan to increase yield levels too.

“The yeast has really done a good job,” concluded Peter. “Since we introduced it cow health seems better and we have maintained yield levels even though  we reduced the use of blend last winter to save on expensive feed costs. I am confident that we could now push yields on without running into problems.”