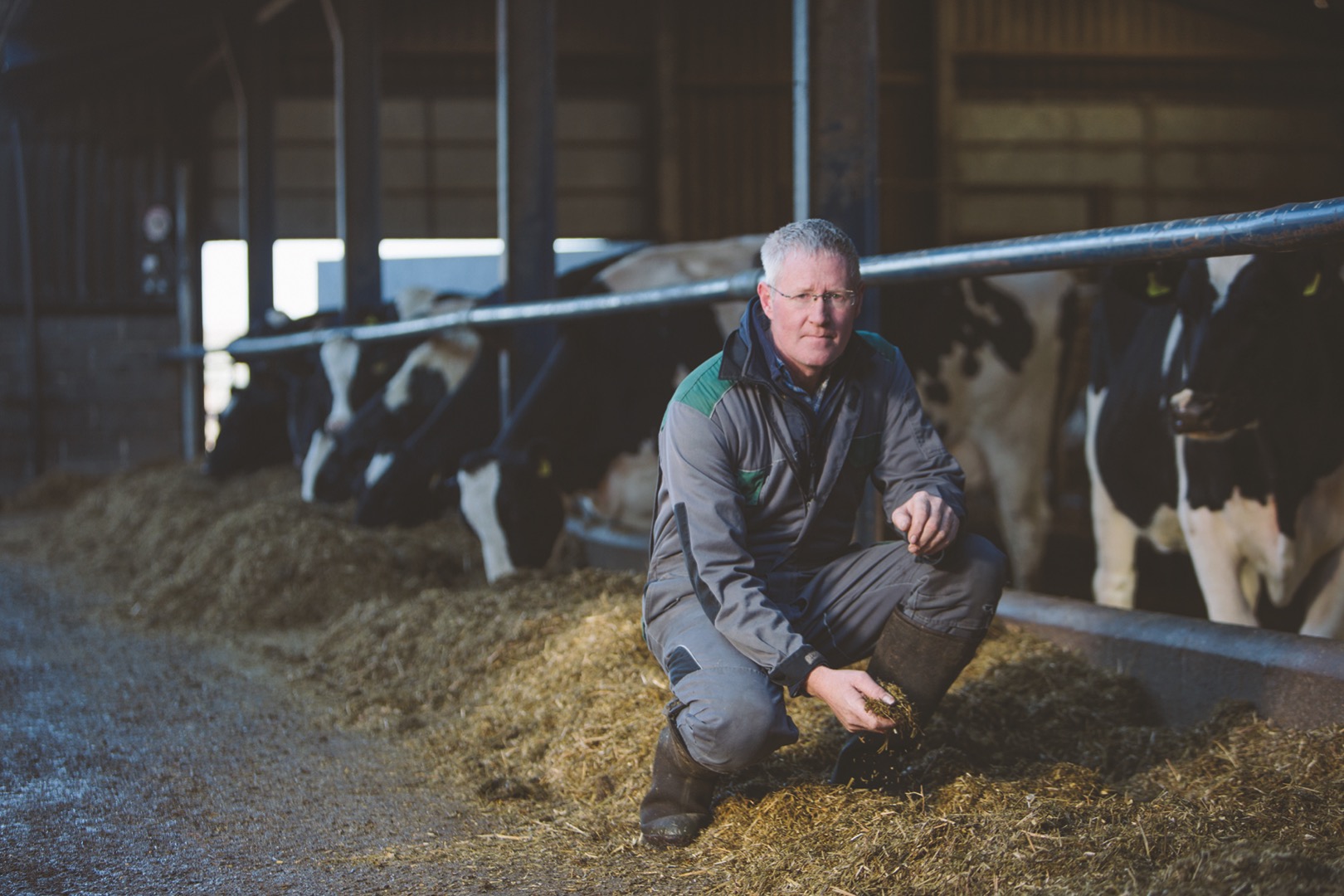 David began using Actisaf in 2012 on the recommendation of his nutritionist as he was worried about herd performance. “Back in 2012 I was concerned that cows weren’t performing as they should be and took advice from a number of people. Our nutritionist suggested that our high quality home-grown forage might be leading to sub-acute rumen acidosis and recommended we add Actisaf live yeast to the ration to address this.”

When Actisaf was added alongside other dietary changes, the improvement was very fast and David saw that cudding improved and cows seemed more content. Milk yield also responded significantly.

This positive impact from Actisaf was reinforced for David when he inadvertently ran out of farm pack for a few days and saw an immediate effect on the herd. “The cows just crashed. Yields went down by 2-3 litres/cow/day and were only restored when we put the Actisaf back in. That gave me confidence that it was having a big effect,” David explained.

Six years later, Actisaf still has a permanent place in the milking herd diet, fed as part of a farm pack.In fact, David is so confident in the difference that it makes that in the last year he has also made it part of his bull’s diet, to help with acidosis and to improve their growth performance. “We saw such good results with our cows that it made sense to give it to our bulls as well in their TMR at the recommended rate,” said David.

“I have tried a lot of the yeast products on the market, and Actisaf is by the far the best out there, so I have stuck with it. I have made sure to never run out again and it will stay as a part of our herd’s diet for the foreseeable future!”