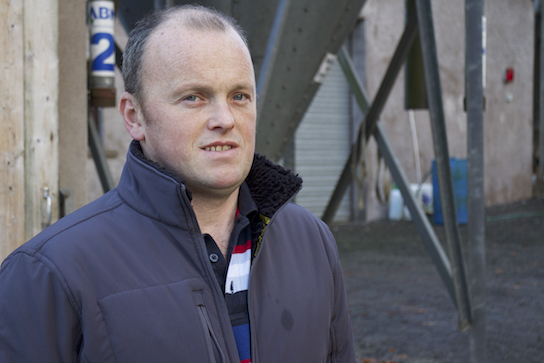 Starting out with 84 sows when he was just 19, Harvey, Clare and his family have worked hard to build up the business, with an eye for detail that has allowed them to steadily grow the enterprise.

A new challenge on the horizon for Harvey is the proposed ban on Zinc Oxide in creep feed, something that has worked well as an ingredient for the farm up until now to control looseness. With time on his side to explore alternatives, Harvey sat down with Phileo Lesaffre Pig Specialist, Alec Perrott, and his feed supplier to look at other options and the decision was made to try Actisaf and Safmannan across the farm’s feed, including in the first stage diet. Harvey’s sows are already receiving Actisaf in their gestating and lactating diets.

“We started by adding 1 kg of Actisaf and 1 kg of Safmmannan per tonne of grower meal and the results were noticeable within a couple of weeks,” says Harvey. “Feed intakes increased and pigs were certainly stronger when they transferred to finishing – they were practically rolling out the door!”

“We then added both products to the link ration, again at 1kg/tonne inclusion per product. Here we are seeing good results, with no dips in performance, and we are actually going to try pushing the Actisaf and Safmannan up to 1.5 kilo to see if this makes any further difference,” he added.

“Farmers should be trying out products such as this now as a first step towards replacing Zinc Oxide,” he concluded. “The beauty of trying things like this with time to spare is that there is nothing to lose if it doesn’t work, because there is still currently the option to fall back on the Zinc. If farmers don’t start looking at alternatives until after the ban they could come unstuck. I’d definitely recommend considering Actisaf and Safmannan as part of an approach to this issue.”