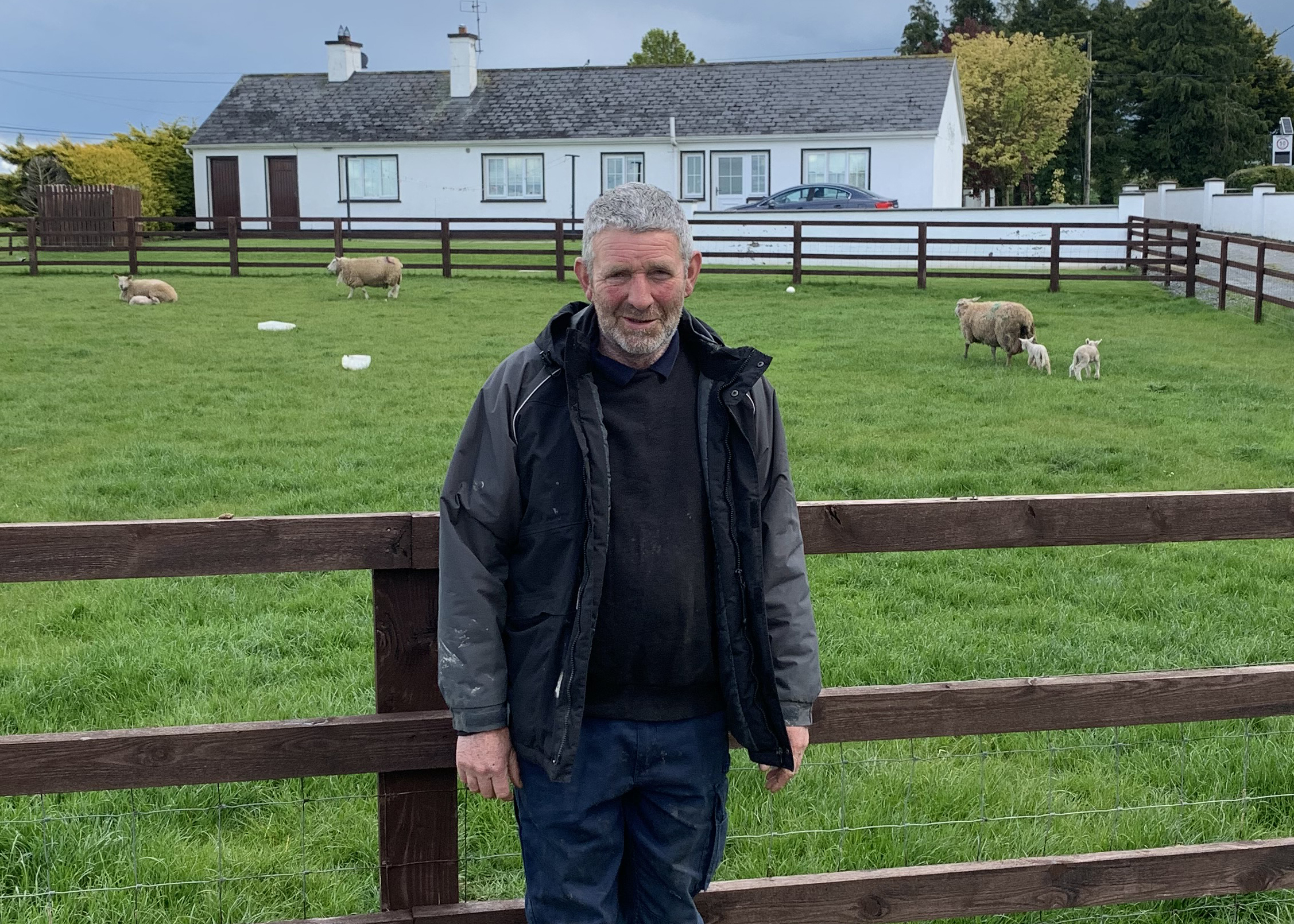 “I had been a little unhappy with lamb performance prior to 2021 but knew that something definitely had to change when some of my lambs were diagnosed with joint ill,” explains John, who farms in Co Tipperary. “There were clearly some issues regarding lamb immunity levels and overall health, and the vet felt this could be due to my ewes not providing enough milk or not enough good quality colostrum.

“We made the decision to start supplementing ewes with 19% Maxisaf Ewe and Lamb Cubes during the pre-lambing period, and the results have been excellent. The mix of high-quality protein, Actisaf live yeast and Safmannan in the feed has supported the production of high volumes of milk and quality colostrum. This in turn has boosted lamb performance, and I enjoyed this year’s lambing season as we had so few health issues.”

John has a flock of 650 ewes and also runs a herd of 35 autumn calving suckler cows on his 200-acre farm. His sheep enterprise consists of Belclare, Texel, Suffolk, Charolais and Vindeen crosses, with the whole flock fully e-IDed and part of the monitor farm network established by Sheep Ireland.

“Lambing starts in March and the aim is to have 70% of lambing taking place within two weeks and the whole flock lambed within six weeks,” explains John. “The flock is synchronised, and we start carrying out artificial insemination in October, with conception rates standing at around 75% and scanning results recording between 1.9 and 2.0 lambs per ewe.”

Ewes are housed two months out from lambing, with feeding rates dependent on the time to lambing and number of lambs carried.

“Triplet bearing ewes will go straight on to high quality grass silage that’s around 30-35% DM and over 70% DMD,” says John. “This is supplemented with concentrate fed at around 250g per head, per day but this steps up as the ewes get closer to lambing.

“We start to supplement twin bearing ewes with concentrate as and when required and as a general rule, single bearing ewes won’t receive any ‘extras’ until three weeks prior to lambing.”

Once ewes have lambed, they are turned out on to grass and kept in small groups, before the flock in eventually split into three groups of 160 ewes, plus a smaller group of triplet and weaker ewes/lambs.

Following some frustrating lambing seasons where several lambs had health issues, John decided to make some changes to his feeding protocol and asked Howard Stanley, Nutritionist at Centenary Feed & Grain Ltd, for some advice before the 2021 lambing season.

“John has a great system, but I knew he’d had issues with some of his lambs developing joint ill and displaying poor vigour,” explains Howard. “From conversations John had had with the vet, we knew that this was likely due to inadequate milk provision from ewes, as well as issues surrounding the quantity and quality of colostrum they were providing their offspring. In order to get lambs off to the best start in life, they need to have high volumes of good quality colostrum straight after birth and then plenty of highly nutritious milk. Supporting ewes with the right nutrition to achieve these objectives was key, especially in those ewes bearing twins and triplets.

“It was also important to take into consideration that John does a lot of cross-fostering between single bearing ewes and those producing triplets, so even single lambing ewes need the nutritional support to produce enough good colostrum and milk so that they can support a fostered lamb, if required.

“I recommended that ewes were fed 19% Maxisaf Ewe and Lamb Cubes during the pre-lambing period for the 2021 season. With a 19% protein content, comprising a mix of high-quality cereals and 21% soya bean meal, this concentrate feed boosts the amount of colostrum a ewe produces, as well as overall ewe performance and milk production. But as well as the high protein content, each tonne of feed also contains 1.5kg of Actisaf live yeast and 1.5kg of Safmannan. The Actisaf helps aid rumen function and feed digestibility to help increase milk yields and the Safmannan supports the health performance of young lambs by improving colostrum quality, which aids in the transfer of immunity from ewe to lamb. The aim was to provide a single feed that results in a number of benefits to the ewes and their offspring.”

The results of introducing the new feed have been excellent, with John reporting higher volumes of milk production in ewes, better quality colostrum and healthier lambs, with strong growth rates.

“I usually have to buy in powdered colostrum to supplement the lambs’ intakes, but I haven’t had to since introducing the 19% Maxisaf Ewe and Lamb Cubes,” concludes John. “The lambs are displaying much more vigour, there have been fewer health issues and I think I could have sold milk from the ewes, there was so much of it!

“The all-round performance of the flock has vastly improved, with average birth weights for single lambs now at 6kg, twins at 5.2kg and triplets at 4.7kg. Growth rates were also very strong, working out at an average of 320g per lamb, per day by 40 days of age. We know how important it is to get lambs off to a good start in life and I think the Maxisaf is playing a big part in helping us achieve that.”