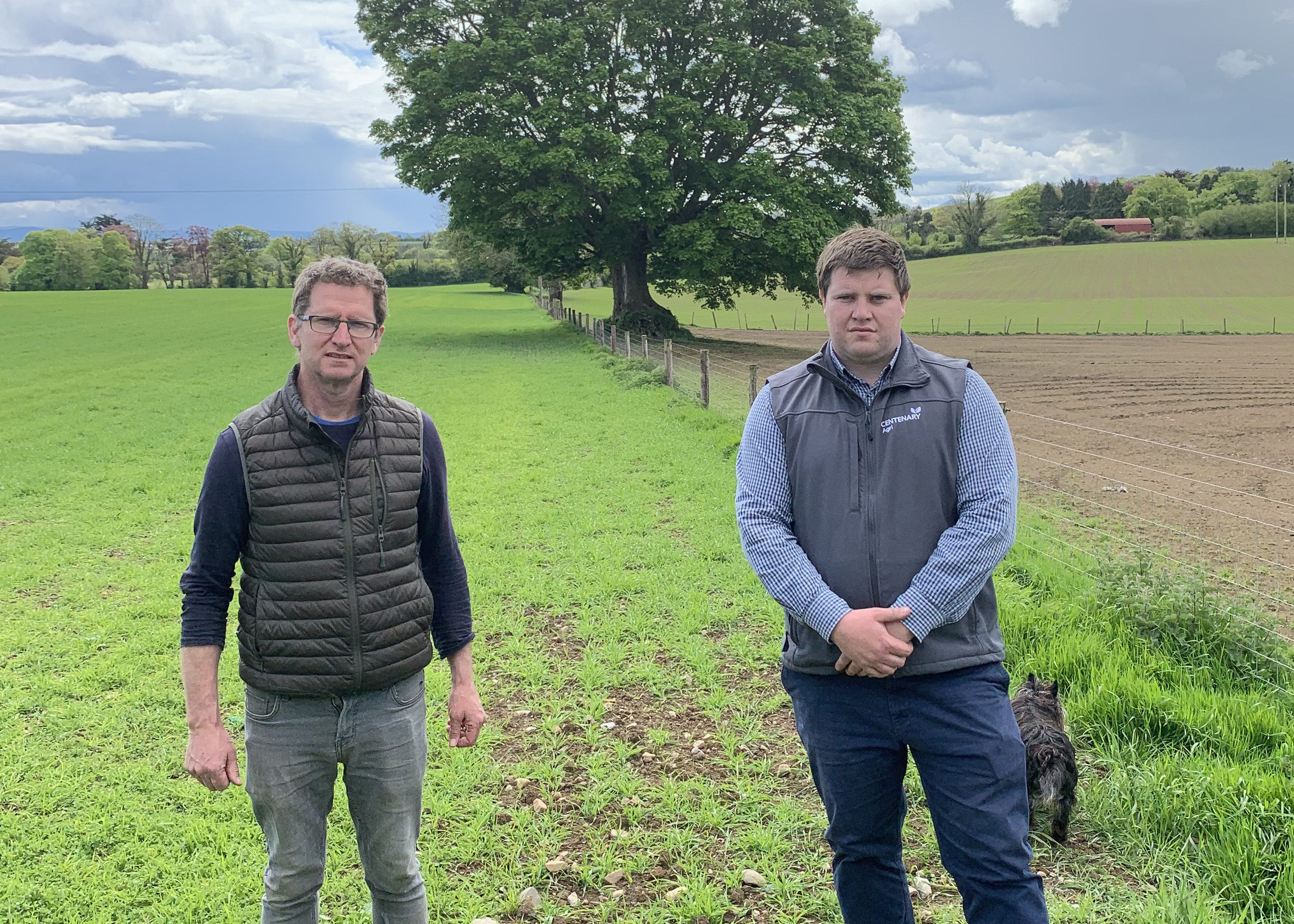 “To have lambs finished and off farm as quickly as possible, it’s important to get lambs off to a good start and provide them with the best nutritional support during the early stages of development,” says Robert. “If we get this stage right, then the lambs will maintain strong daily liveweight gains as they mature.

“We want ewes to be providing lambs with lots of good quality milk to fuel growth and development. We therefore need to provide ewes with adequate nutritional support themselves - especially if they are carrying triplets - to help support milk provision. This year we started using a specialist Maxisaf 19% Ewe and Lamb Cube that contains Actisaf live yeast and Safmannan, as well as high volumes of crude protein. The results have been excellent, and I am really happy with how well the ewes have milked, and lambs have shown good vigour and displayed very few health issues.”

Robert runs a mixed farm with his wife, Grainne, and their sheep enterprise comprises a March-lambing flock of Belclare and Suffolk crosses. The ram is introduced to the ewes in mid-October, with scanning then taking place 80 days later, with scanning rates standing at an average of 1.8 lambs per ewe.

“Scanning usually takes place just after Christmas and we then bring the ewes indoors, separating those carrying twins and triplets,” continues Robert. “Two months out from lambing, we start to increase the ewe’s feed intakes, relative to the number lambs they are carrying. During the pre-lambing period, we used to feed hay alongside concentrate, but last year we replaced the hay with a high DMD [dry matter digestibility] haylage and this has worked really well.”

Ewes are fed according to lamb numbers and weeks to lambing, with triplet bearing ewes typically receiving 1.25kg of concentrate a day, two weeks prior to lambing. As soon as concentrate feeding rates go above 900g per day, the total feed volume is split across two meals to help ease rumen challenge.

“Lambing takes place in March, with ewes turned out to grass with their lambs a few days after giving birth,” explains Robert. “Initially the ewes and lambs will be in small groups, but we then typically split the flock into three groups of around 200 animals, with triplet rearing ewes kept in a separate group.

“The aim is to have lambs finished and off the farm from September onwards. The earlier born lambs are finished exclusively on grass, but as grass covers start to decline during the early autumn, later born lambs will get supplemented with concentrate to maintain daily liveweight gains. With most lambs being finished on grass, with no concentrate supplementation, it is vital that they are getting plenty of milk from their mothers to help support good growth rates and performance.”

With this requirement in mind, Robert asked for some advice from Howard Stanley, Nutritionist at Centenary Agri Feed and Grain, prior to the 2021 lambing season.

“The lambing and post-lambing period puts a lot of demand on an ewe’s energy reserves,” explains Howard. “If ewes are going to produce a good volume of high-quality milk for their offspring, they need to be provided with nutritional support themselves. Grass alone is unlikely to provide them with all the energy needed and this is especially problematic if they are supporting triplets.”

Howard therefore recommended to Robert that he started feeding the 19% Maxisaf Ewe and Lamb Cube to support ewe performance.

“The feed provides 19% crude protein, largely through soya, but also contains 1.5kg of Actisaf live yeast and Safmannan. The protein aims to support milk production and ewe condition, while the Actisaf helps improve rumen function and feed digestibility. The Safmannan is also included to support the health performance in young lambs, at a time when they are most susceptible to stomach upsets and other illnesses.”

Having successfully introduced the new feed to his ewes, Robert has been very pleased with the results so far, with none of his ewes showing a shortage of milk during the post-lambing period.

“I have noticed a marked improvement in the ewe’s feed intakes and improved feed digestibility, which has helped support strong milk yields,” concludes Robert. “As a result, the lambs have performed really well and got off to a great start. Even triplets required minimal intervention as their mothers were giving them plenty of milk.

“The lambs that the ewes produced have been full of vigour and we have had very few health issues. As someone who takes a very targeted approach to antibiotic usage and wants to minimise their use on farm, this is very good news, and it is great to see the lambs looking so healthy.”