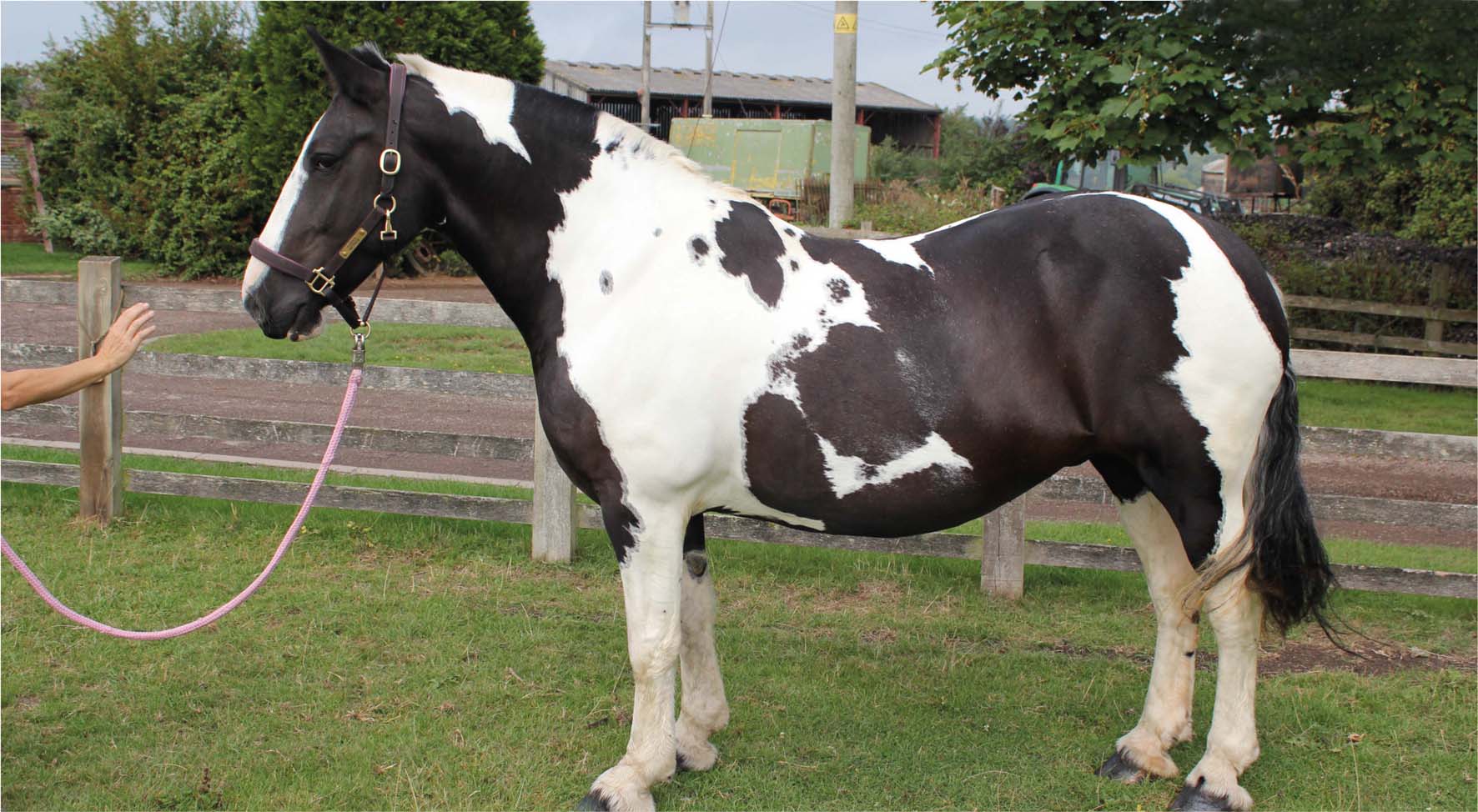 She came to Teresa with a large worm burden, which often manifests as  a large “wormy” belly, thus her pregnancy remained undetected. Teresa, who has lived and worked with horses all her life, soon realised something was not quite right and the vet later confirmed what she suspected, that the mare was in foal.

Sadly, due to the way Bess was fed and managed in her early pregnancy prior to Teresa buying her, the foal was born with a multitude of health complications and died a few hours after birth.

After this, Bess lost weight very quickly. She started to suffer from itchy, scurfy skin and almost totally lost her appetite. Teresa found out that Bess’ previous owners  had tried to substitute her hay with large quantities of starch-rich concentrate foods. As a result, Bess appeared to be suffering from hind gut acidosis.

This was confirmed by measuring Bess’ faecal pH which was 5.7 (a pH of 7  is neutral and acidosis is diagnosed when the faecal pH is below 6.). On the advice of Catherine Hale, Phileo’s Equine Specialist, Teresa started to feed 10g  of Actisaf a day to Bess. Actisaf, a live yeast, has been proven to increase fibre digestion in horses by promoting a healthy bacterial population in the hind gut.

After just 1 week of supplementation with Actisaf, Bess started to improve. Over the course of the following 8 weeks her appetite increased and she started to put on weight. Her coat condition improved dramatically and she stopped rubbing her mane. Her behaviour also improved, something that has been found to be a benefit of feeding Actisaf to horses. But most importantly, she recovered from the hind gut acidosis that had plagued her for so long. Her faecal pH increased from 5.7 to 6.6, bringing the hind gut environment back within normal parameters.

Teresa and Bess are now competing and are enjoying success in the show ring.