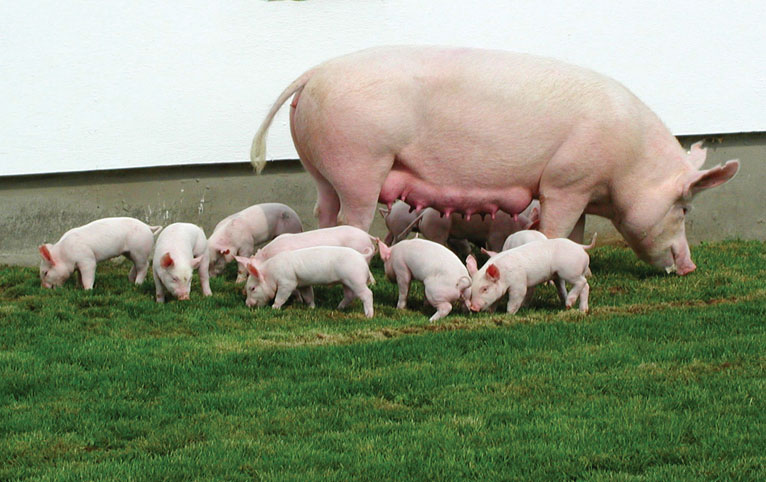 The study was conducted at the experimental farm “Ca Bassa” in Parma, Italy and consisted of two feed treatments:

These experimental diets were fed from service to the end of the second lactation. There were two replications of the trial on two successive gestations of 24 sows. For each gestation there were 12 sows in each group (6 at second parity and 6 at third parity).

The diet was offered in pelleted form for both gestation and lactation periods with the only difference being the supplementation of Actisaf Sc 47 in the test group. Piglets received a prestarter diet at two weeks old but without Actisaf Sc 47, whatever the experimental group.

The addition of Actisaf Sc 47 in the feed of sows through two consecutive parities (gestation + lactation) resulted in an increase of the piglets weight at 3 days old and a decrease in the loss  of piglets during lactation. The growth of the piglets was also positively affected by the addition of Actisaf Sc 47 with litter weight at weaning, litter gain, piglet body weight at weaning and body weight gain all being improved. This resulted in a significant ADG and litter daily gain increase of the treated groups.