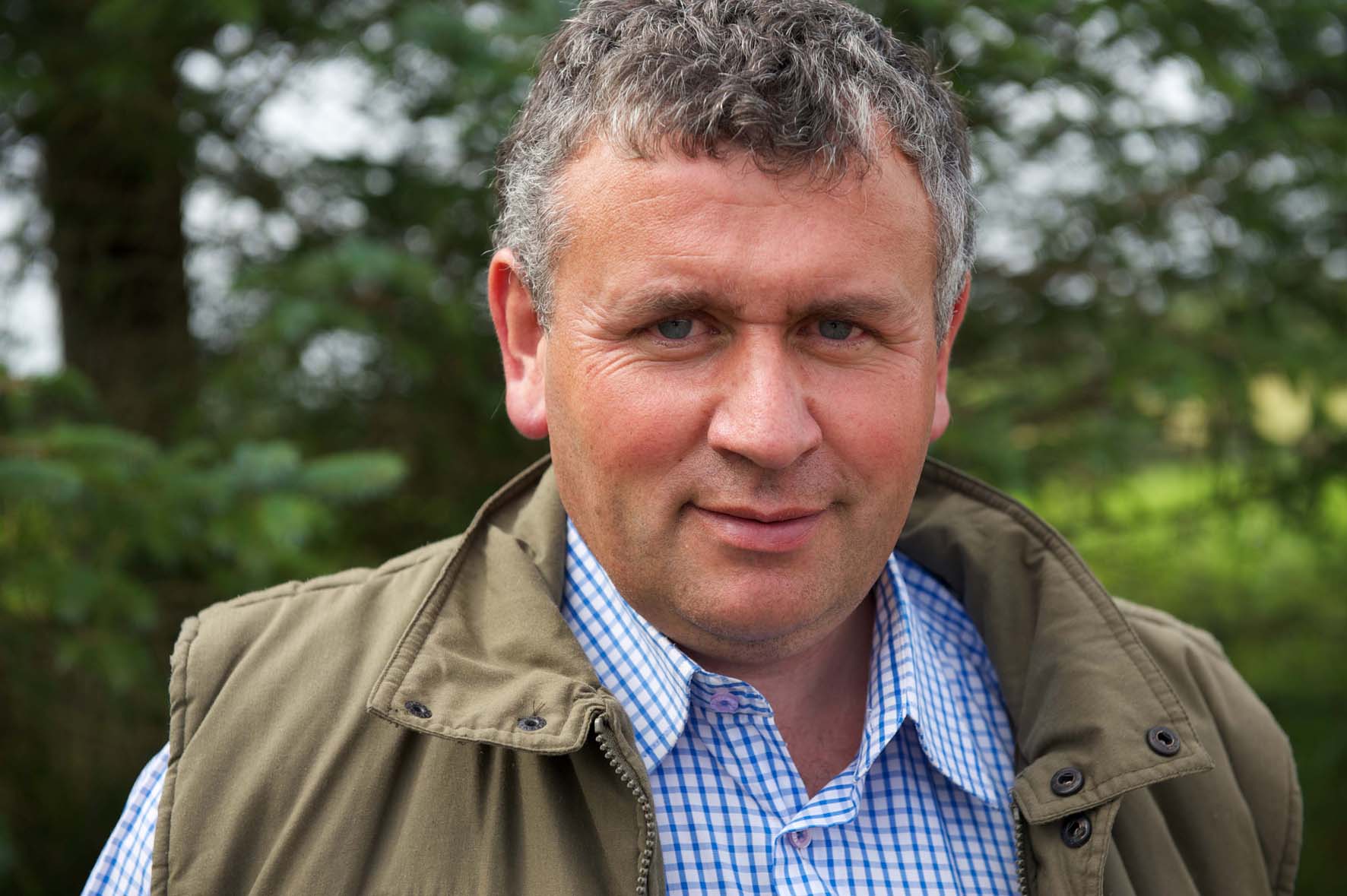 Nigel, who farms with his brother Dennis on the shores of Lough Neagh in Northern Ireland, runs 350 commercial Texel cross ewes as well as 50 purebred ewes. All the lambs are kept and finished along with 200 weaners that are bought in, meaning that there are around 900 sheep on the farm at any one time.

The Ballynadrenta Texels are well known and Nigel does a lot of stock judging across the UK. But it was chance that led the family to becoming Texel breeders in the first instance.

Back in the 1970’s they ran a flock of grey faced ewes with a mix of Suffolk x Cheviots, all mated to a Suffolk ram. Then in 1981 they purchased 10 Suffolk x Cheviot ewes that were in lamb to a Texel ram. The following spring 18 Texel x lambs were born and when they were slaughtered by Lagan Meats in Belfast the procurement manager called to offer a £5/lamb bonus for any future Texel x lambs. That was encouragement enough to Nigel’s father and so in 1982 the first Texel ram and ewe lambs were purchased.

Since then the flock has been built up and now quality assured fat lambs are sold every week to local butchers, with finished animals in high demand locally.

The flock is fed on a grass-based system with the pedigree ewes and lambs receiving compound feed to supplement grazing.

“In the past we used to suffer problems with scour in our lambs and even those that appeared to be healthy weren’t growing as well as we would have  liked for their breeding,” explained Nigel. “We were recommended to try a feed containing Actisaf to improve rumen health and growth rates and it has certainly made a difference. The lambs like to eat it and we have less problems than before as well as better liveweight gains.”

Impressed by the results, Nigel also feeds Actisaf to his ewes and his beef cattle and is seeing the benefits there as well.

“Our ewes seem to have more milk now and our heifers are doing particularly well,” Nigel concluded. “I am pleased that we tried Actisaf in our feed and don’t intend to take it out of the ration in the future – it is delivering real benefits for us.”