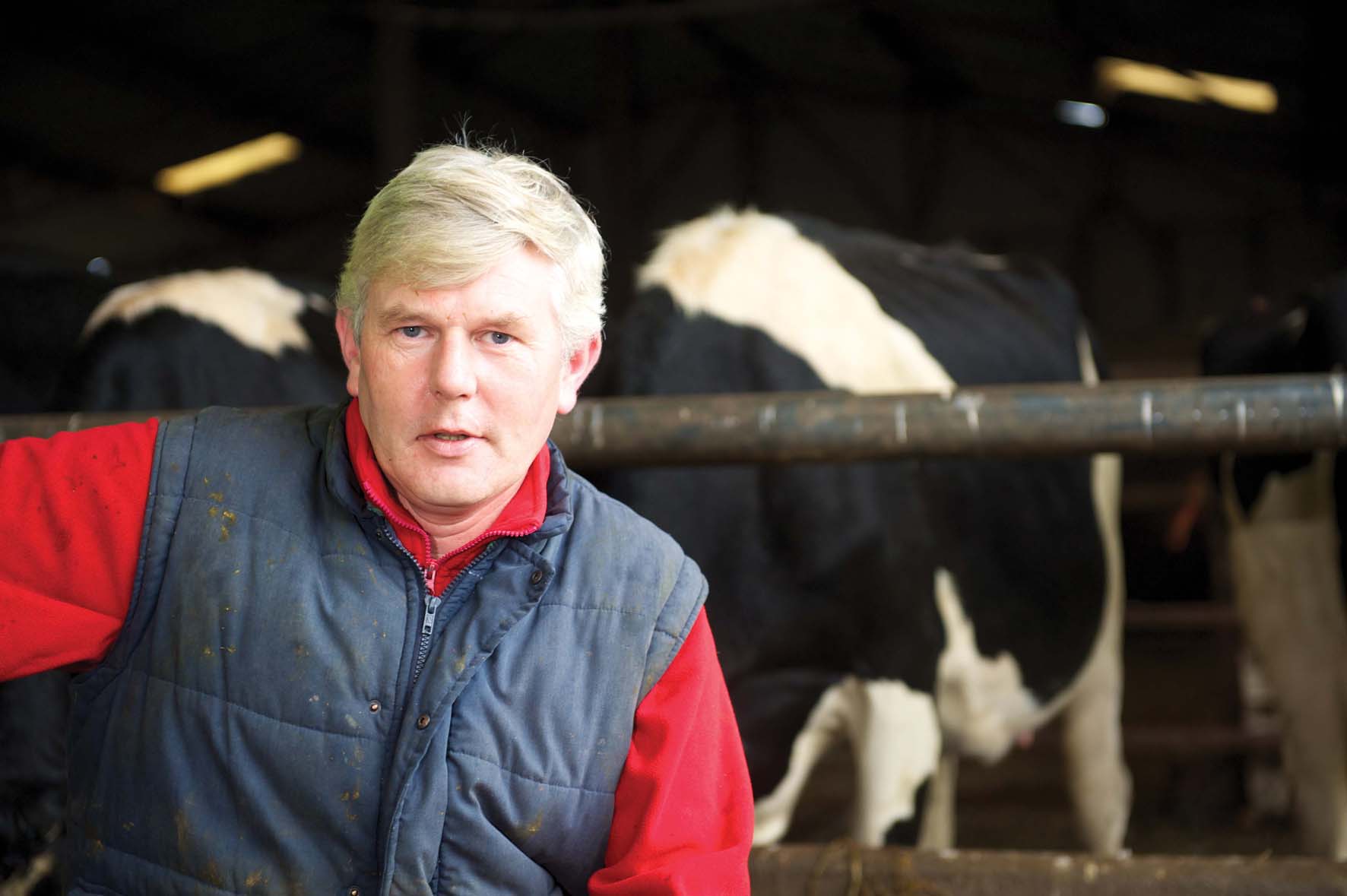 But with careful buffer feeding to maintain balance in the diet, it is possible to increase yields and have good fertility as one Irish farmer has shown.

Pat O’Riordan farms near Shankiel, Macroom in County Cork. Pat has 160 Holstein Friesian cows and sells his milk to Dairygold.

Cows are all spring calving, with a mean calving date of February 25th, and 52 per cent of the herd are first or second calvers, so the average yield of almost 1600 gallons (7,300 litres) is creditable.

Pat puts this down to getting the feeding right for the cows.

“We were heading down a low output route and were averaging around 1200 gallons (5,500 litres) from our cows but we were also getting fertility problems,” Pat explains.

“It just wasn’t working for us and so last year we spoke to a nutritionist for some advice. He suggested that we needed to get the diet balanced to better meet the needs of the cows and advocated strategic buffer feeding when at grass to avoid health problems. We made some changes to the diet and since then yields have increased and fertility has improved, with conception rates currently at 90 per cent."

Attention to detail with feeding has also prevented small problems from becoming larger ones. Last spring, for example, SARA (Sub Acute Ruminal Acidosis), was a big problem in the area when cows were on spring grass.

“Despite the fact that we buffer feed we started to see problems with reduced butterfats and the cows just didn’t seem quite right,” Pat commented. “Our nutritionist suggested that these were signs of SARA and that we needed to address the issue through  our ration before it became a big problem. At his suggestion we added a live yeast, Actisaf, into the diet and we saw rapid improvements.”

Those improvements included a firming of the dung, better cudding, cows generally looking more contented and an improvement in butterfat levels in the milk.

“The Actisaf definitely made a difference,” Pat said. “So much so that we have left it in the buffer feed all summer and it is in our winter minerals too.”

Another key difference since extra attention has been given to feeding has been the persistency of lactation.

“This year our cows peaked at 33kg/day average (4.7kg higher than last year) and yield persistency has been encouraging, with a drop of only 8-10 per cent per month Our end of year results show average yields at 7271kg with 3.89% fat and 3.45% protein.”

“Overall, I am convinced that improving our focus on nutrition and including Actisaf in the diet has helped us to increase yields and improve fertility at the same time,” Pat concluded.