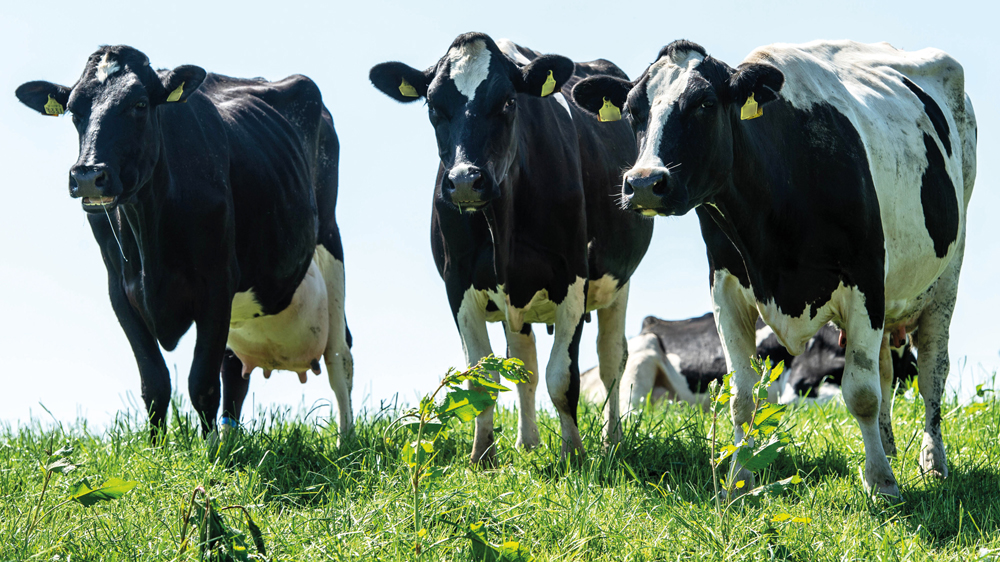 Phil Courtney milks 135 Holstein-Friesian cows, in addition to 30 sucklers raised and finished for beef, on his farm in Co Monaghan, Ireland.

His milking herd averages 8,000 litres and produces an average of 487kg of milk solids per year. All calving occurs in the spring and cows are paddock-grazed with 12 or 24-hour breaks, dependent upon grass growth and quality.

“Last February, the cows’ dung got very loose. Naturally I was concerned and phoned the vet to take a look and see what we could do for them before it became a problem. He reckoned it was sub acute rumen acidosis and recommended we add Actisaf live yeast to our TMR which we did, and the problem disappeared within two days!”

Phil’s veterinarian Paddy McGinn suggested adding Actisaf again in the winter. “The cows were getting a lot of concentrate at the time [9kg/head/day]. We noticed the dung getting loose again so I told Phil to re-introduce Actisaf, and again there was rapid and marked improvement,” explained Paddy.

After seeing such great results in his milking herd, Phil is looking for other ways he can use it on the farm. “Now that I’ve seen the benefit it has given the milking herd, we’re looking into adding Actisaf into our beef finishing diet in the hope that it will improve productivity during the finishing period and reduce the risk of acidosis when cattle are on a high energy diet.”