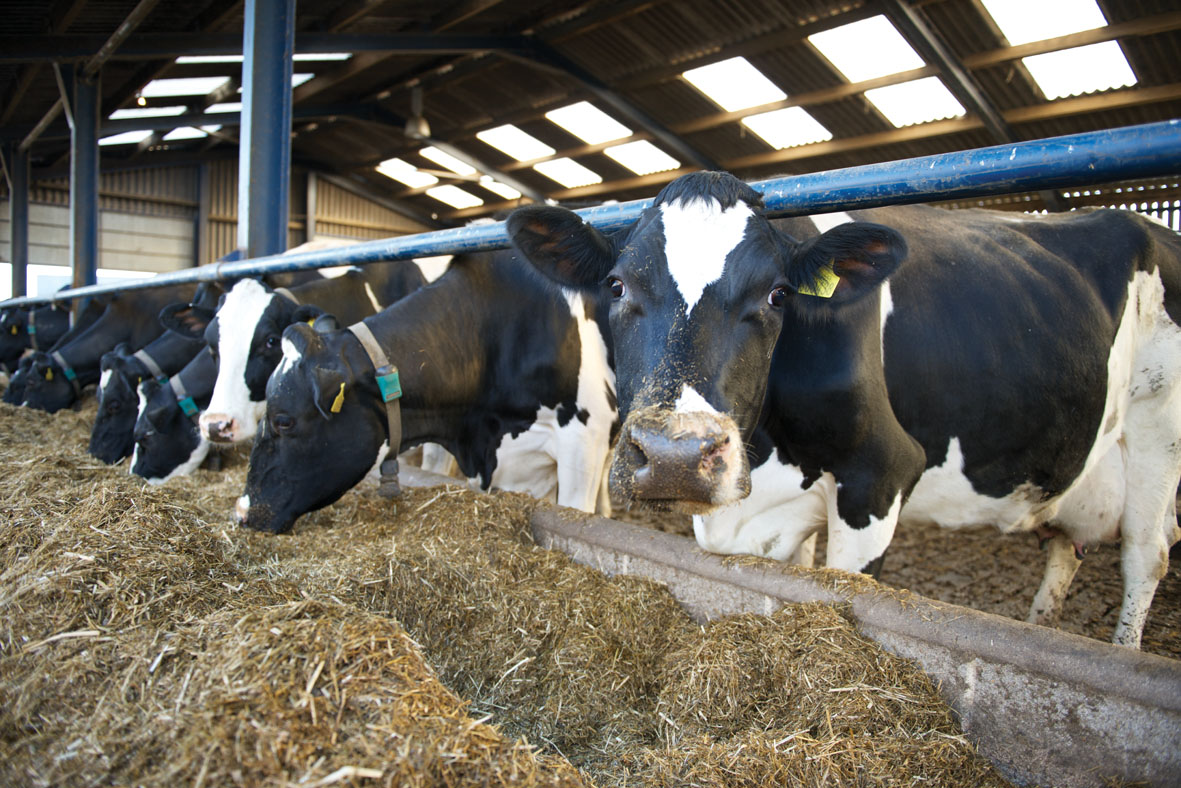 On top of that, most dairy farmers  have good quality forage in the clamp. Compared to 2012, grass silage this year (2013) is typically drier and leafier and lower  in NDF resulting in it being of a higher D value and more fermentable, whilst maize silage contains good starch levels and is also easily digestible in comparison to last year.

This all bodes well for high milk output over the coming months. Or does it? With high quality forages making up the basal ration, and with relatively in expensive cereals widely available, the temptation may exist to feed increased levels of starch and sugar alongside this years forages in an attempt to maximise milk production.

While fermentable energy from forages and cereals is essential for strong yields of milk and milk protein, diets containing concentrated levels need to be fed with caution as they can lead to issues of poor rumen function.

“Where farmers are feeding high performance rations and are not seeing the performance they would expect from their herd it could be due to poor rumen function,” explained James Ambrose, Technical Manager GB for Phileo UK & Ireland.

“Good quality forages and cereals are quickly digested in the cows rumen and this can lead to a rapid build up of excess acids resulting in the development of acidosis and a lowering of rumen pH. This will have a negative impact on the beneficial rumen microbes performing the digestion and this invariably results in reduced intakes and milk yield. Low milk fats, poor rumination rates and loose dungs containing gas bubbles are also indicative of an acidosis problem.”

There are a number of dietary factors that can lead to the development of sub acute rumen acidosis - feeding high levels of fermentable carbohydrate, finely chopped forages, low inclusions of both structural and digestible fibre, feed sorting resulting from too dry a ration, acidic silages and high concentrate use.

“The risk of poor rumen function due  to the development of acidosis is a  real possibility this winter and so it is important that farmers take measures to safe guard against this occurring so as to maximise milk production” James said.

“This can include refining the ration to ensure that there are sufficient quantities of both structural and digestible fibres present in the diet along with monitoring diet dry matter and structural fibre chop length. Ensuring the ration has adequate buffering capacity to prevent the build up of excess acids in the rumen is also of critical importance.”

The inclusion of Actisaf Sc 47 live yeast has been shown to deliver significant benefits to rumen function. Live yeast scavenges the oxygen from the rumen, discouraging the growth of lactic acid producing bacteria and helping to guard against acidosis. It also increases the efficiency of fibre digestion, promoting high dry matter intakes and increasing milk yield and fertility.

What’s more, in a peer reviewed study conducted recently, 5 grams of Actisaf was shown to have a superior stabilising effect on rumen pH when compared to 150 grams of sodium bicarbonate. Not alone did it have a greater buffering effect in the rumen but Actisaf also released more energy from the same diet by improving feed digestion.